The effect of horizontal resolution on the OHT - sea ice relationships is investigated by performing a similar set of sensitivity experiments with SST restoring as EC-Earth-SR (T255-ORCA1, see SST restoring experiments) with EC-Earth-HR (T511-ORCA025). Below are plots of March/September Arctic sea-ice area (Fig. 1) and volume (Fig. 2) for the historical Hh01 run (solid blue, run by Tim Kruschke), my control run (dashed blue) departing from the Hh01 run in 2014 using a 2000-year constant forcing, and a sensitivity experiment (dashed green) in which the SST in the North Atlantic is increased by 3K compared to the control run (ATL1+3K). For reference, the historical, control and sensitivity runs at standard resolution (T255-ORCA1) are also shown as solid red, dashed red and dashed gray curves, respectively, and the observations/reanalysis are in dashed black. The orders of magnitude of changes in sea-ice area and volume are similar at standard and high resolution. 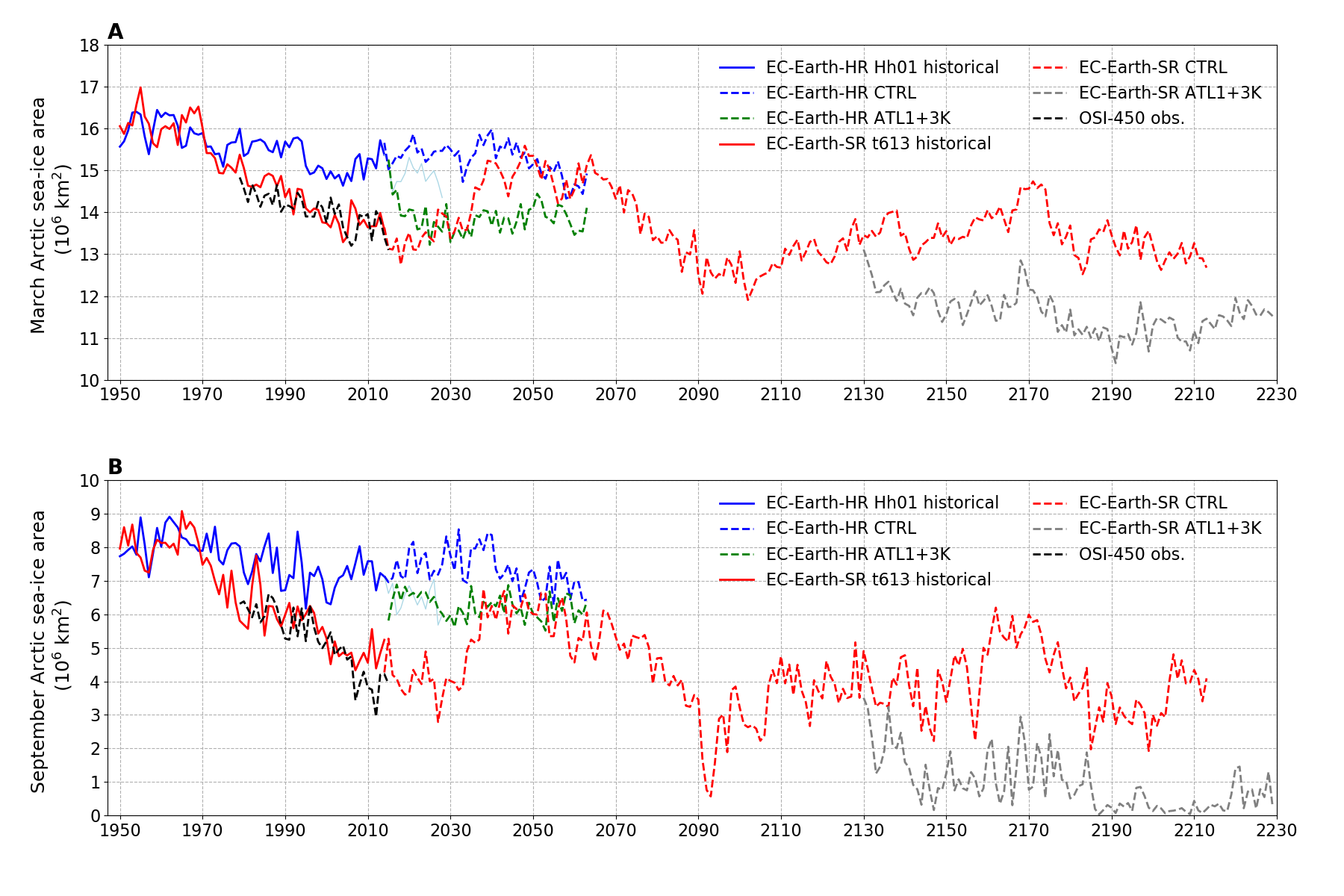 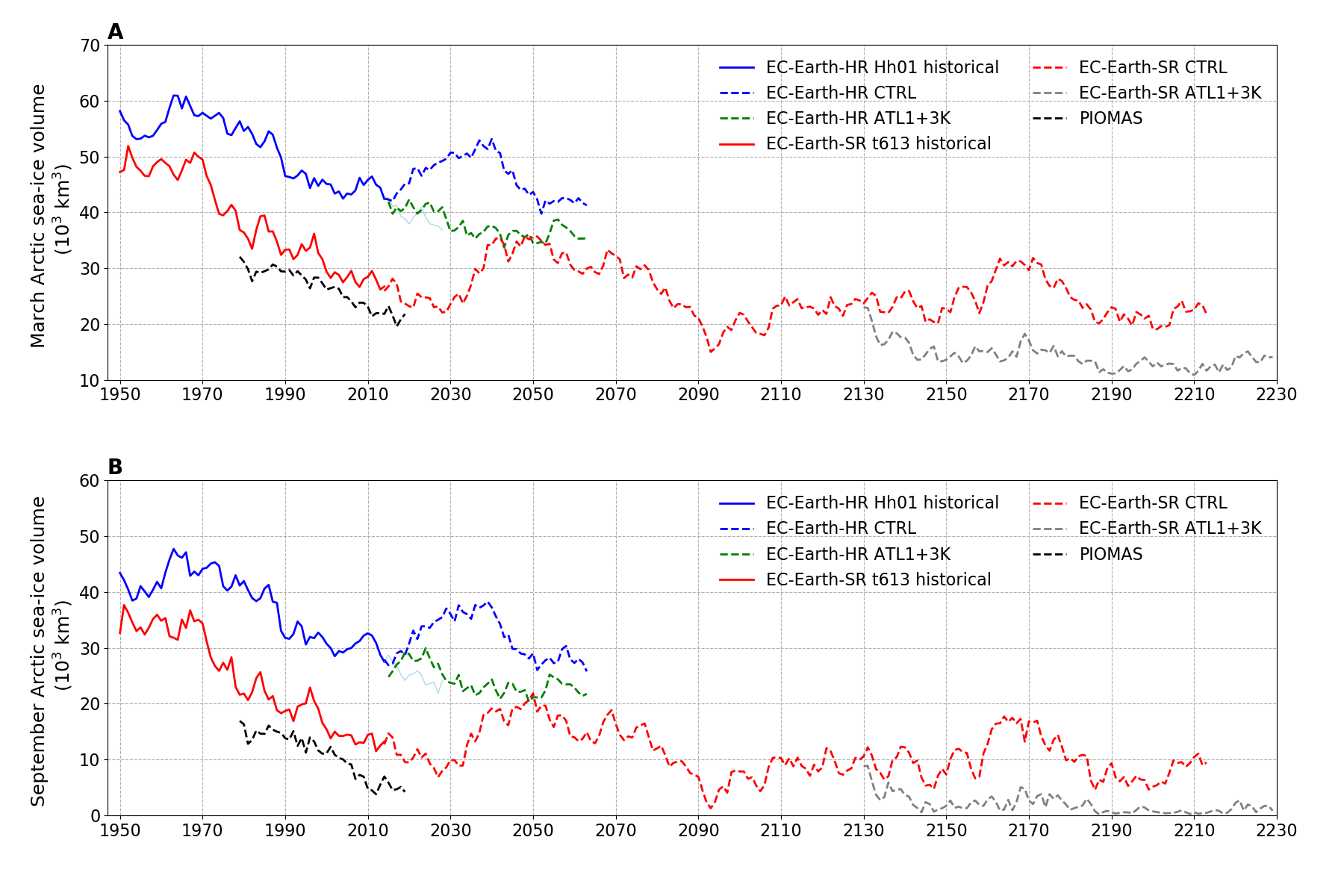